It's been quite a while since I needed help with a garage door, and I wasn't entirely sure I had dealt with Precision Door Service then. However when I called to inquire about the service needed today, the receptionist responded very pleasantly and quickly came up with my name, address, and email address, post office address, and both phone numbers that I was using at the time. I told her which one of those numbers I am still using. That knowledge reassured me that I was indeed dealing with the same company - and I had been quite satisfied then and continuing to the present. I was very favorably impressed with that telephone operator and delighted when she told me that I would have service this very afternoon! The man, Dakota, who came to perform the service, solved quite quickly the problem of a door that was responding erratically, and he pointed out that while one of the units was reasonably new, the other "might be close to 50 years old" and might not be reliable too much longer. (I'm sure his estimate is correct, as the house was built "back in the 60's in the previous century.") While it was an expense I hadn't expected, it did seem quite reasonable to replace it. His manner gave me confidence that he "knew what he was doing!" The service man was also pleasant and polite, thanking me in a sincere manner when I offered and then supplied him with ice water, and then more. My two golden retrievers are "important family members," and I am always relieved if someone here to help with a problem unrelated to my dogs, reacts appropriately and kindly to them, as Dakota did today. In fact, he helped me locate a ball that had gotten stuck in a tree in the backyard when the dog and a human friend were playing "retrieve." It turned out it was a different ball than the one I thought had been lost - but - regardless, my dogs were happy to have it again.

The young man told me very quickly what the problem was, he gave me a price to repair . He was very polite and did his job very fast, he showed me how to operate the new one and he told me this would be much quiter than the old one,this is belt driven not chain drive.Only thing he did not have the LED light bulb he told me to purchase the Genie bulb because it would not interfear with the remote he was right.It now works from down the street of my house.

Wide selection of doors to choose from to meet any style, quality, or price need

Best warranties in the business, including a lifetime warranty option

Removal and disposal of existing door at no extra charge

Enhance the curb appeal of your home with a new garage door!
GARAGE DOOR
OPENERS

Service & repair on most makes and models of openers

Replacement remotes and keypads for all brands of openers

Ask us about our ultra quiet PDS 800 opener 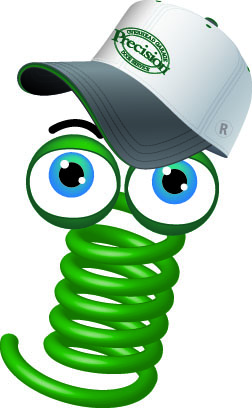 Evening and weekend appointments at no extra charge