COVID-19 Update - We Are Open - An Essential Business As Defined By Law. Click Here To Learn How We Are Keeping Our Customers & Employees Safe.

Has Received 8 Reviews in:

Had a spring break over the wkend, fortunately car was not in garage at the time. Brandon showed up right on time, inspected the door, explained my options and gave me a detailed estimate of the repairs...he had the necessary parts on his truck, replaced the springs, gave the door a tune-up and gave me a quick tutorial on maintaining it going forward. Its an aluminum door and it has always been noisy, even when it was brand new. After the tune-up we are amazed at how quiet it is. We are confident that we will get many years of reliable (and quiet!) service from the door. Have already recommended Precision to others.

Robert Martell, thank you for the review, and we appreciate the recommendation!

Sean arrived right on time after his call to let me know he was on his way. He was professional and informative regarding the issues with my weathered garage door and system. Though the repairs and upgrades were more expensive than expected, I am assured that I did the right thing in calling Precision and feel secure with work performed. My two small dogs were quite comfortable with him....he was friendly and gained their and my trust immediately.

Marilyn Coyle, we are thrilled to know you are a satisfied Precision Door Service customer. Thank you for the feedback, and the positive comments regarding Sean.

My garage door spring broke around 9:00 on a Saturday morning. I called Precision around 10:00. Everything was fixed by 1:00. Shaun was professional, courteous, and knowledgeable. I would most certainly recommend. - Chris

Chris Bowers, thank you for the review, and we appreciate the recommendation!

Annette Broomfield, thank you for choosing Precision Door Service, and taking the time to share feedback on your experience.

This was my first time using Precision and I was more than pleased with the whole experience, from the initial phone call to the service provided and the price charged. Sean and his associate, sorry I don't remember his name, were excellent and did a GREAT job. I will definitely use them when I need garage door service again and will be more than willing to recommend Precision!

Jerald Murdoch, thank you for the review, and we appreciate the recommendation!

Drew White, we are glad to hear from you. Thank you for taking the time to write a review. We are pleased to know your Precision Door Service experience was a positive one.

I cannot make enough positive comments about both Precision Door and Shaun Sewell, who represented them when he came to our home recently. Like many busy homeowners, our idea of routine maintenance is to repair whatever comes apart next (I know, I know...). Mid-summer, our 22-year-old garage opener finally had had enough and went to that Big Opener in the Sky. Although we initially called the number of another company that was on the garage door we got a voice mailbox and so had to leave a message. Half a day later, as we had no callback from Company #1, we contacted Precision Door. Here's why: First, the reviews were uniformly positive and written in ways that led me to believe they had not been "planted." Second, I appreciate uniformed personnel and logos on service vehicles which they have. It tells me I am dealing with professionals who care about their image. Third, I appreciate the posting of drug tests on the website. I like knowing the work is being done by someone who isn't looking for an opportunity to re-visit the property later to support a habit of some kind. Finally, and perhaps most useful to me, I appreciated Shaun's bio identifying him as a man of faith--and the company's willingness to allow that. When we scheduled the appointment we received an immediate follow-up confirming the time and date and also the name of the technician, whose bio I could look up on the website. Interestingly, the same morning Shaun was to arrive I finally received a call from Company #1 informing me that they were "on their way," with no identification as to the company name or anything. Of course it was a different person than the one I was expecting. At about the same time, Shaun called to say he was on HIS way! After a confusing few moments I finally realized Company #1 was simply showing up with no appointment and thus no idea if I was even going to be home! Naturally I called back and cancelled Company #1, losing them not only a sale but a customer. Meanwhile, Shaun had arrived and after an inspection showed me in very understandable terms what was wrong as well as various options for upgrades, what could wait and what shouldn't. We decided to replace not only the opener but to upgrade the springs and cables, which were also wearing badly. It took about three hours in all but at the end we had a garage door opener that was so silent it amazed me (I was so amazed I was nearly speechless). Where the old opener was a noisy chain-driven contraption that sounded like a tank was being pulled into the garage and parked, this one was smooth and very, very quiet, an important consideration since our first-floor guest room is on the other side of the wall from the garage. I even took some video and shared it with my wife, that's what an exciting change this was for us. Wish I'd called sooner but will certainly turn to this company again when I need service. Kudos to Precision Door and to Shaun Sewell for a job well done.

Steven Shields, thank you for sharing your positive experience. We appreciate you choosing Precision Door Service. We are thrilled that we were able to exceed your expectations.

I was very pleased with how prompt Precision Garage was able to take care of my garage door issues. Sean was very professional, courteous and extremely knowledgeable in what he was doing. He took his time in explaining what was wrong and what needed to be done. He was excellent. I couldn't be happier with your company. This is the second time I have used you (for different issues) and I will definately call Precision Garage again should I ever have another problem with my garage doors.

Sarah, glad to know you are once again a very satisfied Precision Door Service customer. Thank you!

This location is owned and operated by:
Tim Yeager 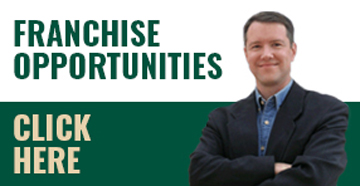